I really got into this series during its first season. I heard about it because Scalzi talked about it on the whatever, and how he’s a creative consultant for the show. What an awesome gig.

I watch it entirely on Hulu, and loved the first season. Second season is shaping up to be just as cool and well done. One thing about this episode though, bugged me a little.

Massive spoiler. If you haven’t seen the episode yet, do not read on.

END_OF_DOCUMENT_TOKEN_TO_BE_REPLACED

So, I’m almost completely done with my second novel. This is the one I’m collaborating with Brandon Sanderson on. Working title: The Lurker.

I think I’ve smashed my face against, then managed to wrap my arms around, a writing principle worth sharing.

I started with a 10,000 word outline that Brandon wrote. We discussed the world and basic plot we would be working with for about four hours over two meetings before he wrote the outline.

I wrote my first novel with an outline too, a numbered list.  I can’t speak for Brandon on The Lurker but for me, coming up with an outline was a very mechanical process.

Arbitrarily I aimed for 120,000 words which translated neatly into 30 4,000 word chapters. My outline had 30 chapters in it. Three viewpoint characters translated to 10 chapters each. Three try/fail cycles worked out to three chapters per cycle per character, which I dutifully labeled as such on my outline.

Then I filled in the basic events for each cycle. What, exactly, were my characters failing and then succeeding at? What did their mini-arcs consist of and how did they fit into the big book-arc?  I already had a basic idea of what I wanted the book to be about and lots of cool scenes that had written themselves in my head and so forth. That made this process a mix of putting the pieces in their proper places and filling in the blanks.

The elephant tromped into the room when it came time to actually write the chapters so summarized on my outline. I stepped forward, hands outstretched, and started feeling that guy.

It was my book. I knew the basic shape.  So there was no, ‘Oh, this is a snake…’ garbage. But it was definitely a process of discovery as I wrote each chapter. Some details (a lot of them really) made themselves known, either springing from my subconscious or becoming obvious due to context. Others, also a lot, I had to forge and hammer out in the creative fires. And it was all fun to do.

Later I realized that things were much easier for me if I also outlined each chapter before I actually started in on the actual prose. In most cases, what I ended up with was less an outline for each chapter than notes on my brainstorming session for the chapter, roughly chrono-organized. Once I knew where I was going to that level of detail, getting there was almost all fun. The niftiest things pop up out of nowhere.

The principle?  Same as always. Just climb on and write. 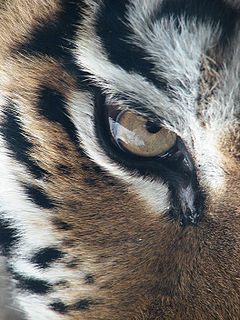 My process is definitely more mechanical than a pure discovery writer, but less mechanical than some outliners. It’s mine, it works for me. It will probably change. And someday I fully expect to discover that it’s not an elephant at all but a bloody Tiger, and have to change everything.

So, the word just went out that the humanities department at Brigham Young University has cut funding to The Leading Edge magazine yet again. I am not surprised. The Leading Edge is a good magazine that publishes genre stories, science fiction and fantasy. The humanities department at BYU is littered with literary types who desperately want to be respected by their peers in the rest of academia but are stymied at every turn by the moral standards BYU holds them to. (I know this because I got a degree in English from that august institution)

Imagine their horror when they gaze upon The Leading Edge, churning out genre drivel (otherwise known as thoughtful and well written science fiction and fantasy stories as well as articles relevant to the field) and using up valuable budget dollars. Horror of horrors, The Leading Edge also gets submissions from all over the world and subscribers (sadly few in number) who aren’t other literary academic professionals. How dare they? Let us cut their funding, ignorant proles.

I myself had a limited experience at The Leading Edge, mostly reading slush and doing the occasional illustration. But that was because I ended up working with “Life the Universe and Everything” the scifi and fantasy symposium that gets put on in spite of itself every year at BYU. However, the basic desktop publishing and photoshop skills I started with and which landed me the last job I held, for seven years, I learned through The Leading Edge and the symposium together.

Dan Wells had a much more interesting and intensive experience there and he explains why it was valuable.  I can only concur.

Help out The Leading Edge by subscribing. I did.

So, as I mentioned earlier on this blog, I got a chance to go to Ranger School in late August of 2010. Ranger School is a 60 day school. Add two weeks to the front for National Guard guys like me to go through the mandatory Pre-Ranger training and you get two and a half months. Notice please that it is early September and, since I am writing this, I am clearly not in Ranger School.

I failed out. I do not feel bad about this. How and why make for a story that I won’t be telling in this post but which culminates in my burning desire to go back and try again.

So why this digression on Ranger School? Because of the look.

END_OF_DOCUMENT_TOKEN_TO_BE_REPLACED 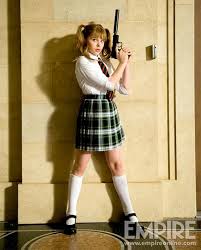 Kicked ass. Best movie I’ve seen in years. Jumped right to the top of my list of all time favorites, perhaps falling one position under Equilibrium, perhaps shouldering it to one side with a bit of truculence. We shall see how it bears more watchings. Already seen it three times, loved it more each and every one.

Determined to dress up for halloween this year as Hit Girl. My wife may not let me. But maybe I can get her into a purple wig? Would that be wrong?

The Riverworld books by Philip Jose Farmer were very good. Classic Sci-Fi a little more on the cutting edge than most for their time. Cool characters, interesting and consistently imagined world, great fun.

Unfortunately, the made for TV movie produced in 2010 was none of these things. The dialog  was atrociously stilted. Painfully stupid event followed painfully stupid event. Just awful. I would blame the actors, but I can’t imagine a good way to deliver most of the drivel they were forced to mouth. And there were quite a few who had done great work in the Battlestar Galactica reboot, so I know they were capable.

You can never magically put a book on screen. Changes have to be made. Why anyone would make some of the changes made by the people who put this show together is unfathomable though. Turn Burton into the villain of the piece at the outset? Really? Completely abandon the confusion, the ‘figure out the world with the characters’ portion of the story, the problem solving and making of friends, in favor of random undisguised infodumps? Set us in a world that doesn’t make any sense, at all, why? Farmer’s world made sense. I know it did because I read the books. It was internally consistent. No such claim can be made for the movie. And as far as I could tell, the changes were made either because they happened to have people in conquistador costumes hanging around at the set next door (and hey, waste not want not right?) or because it was too difficult to imagineer sets that actually worked with the story.

Ahhhg, so painful. It could have been soooo good and yet was so bad.

This being a full time writer thing is very different from a 9 to 5 cubicle marathon.  I’m not making money writing yet. Won’t for years. I think I’ve explained my situation before this.

But man, I love this. I spend more time working for myself: writing, editing, rewriting etc… than I ever did at my actual job. And it’s great.

News on the Lurker project is good. Last night I writing-grouped the first two chapters generated from the outline Stet Canister gave me. And he liked them, as did most everyone. They were not perfect. There’s always something wrong that the writing group catches, and they’re good catches, but they liked the chapters. Woot.

It’s still scary because I’m leaping headlong after the dream of being a writer, but hey, I’d be an idiot not to with all these opportunities staring me in the face.

I’ve been sporadically working out for the past several months, going two or three weeks at a stretch usually, toying with things like P90X and long grueling ruck marches in the middle of the night, for lack of time elsewhen.

All that has changed now. My ATL is a fitness and nutrition guru with a vested interest in getting me into good shape. I might have to drag him out of the line of fire after all.  He’s also a genuinely nice guy willing to put some effort into helping me out. You rock dude.

Today was the first day of the program he’s designed/designing for me. Nothing too complicated but I definitely did some work today.

Oh, and I got fired today too. My company could no longer afford to employ me. They are outsourcing whatever the hell it was I did for them. I suspect it also has something to do with the fact that they know I’m due to deploy pretty soon. They’ve bent over so far backward to accomodate my military requirements to date that I can hardly blame them, though their timing stinks. For me. For them, it’s pretty good.

Nice severance package at least. Gives me 2.5 months to grind out the end of my novel and get a massive start on the collaboration I’m doing with Brandon.

Bloody terrifying, choosing to finish writing projects instead of searching frantically for another 9-5er. I have faith that it will all work out in the end though. I’ve been handed some pretty incredible opportunities on the fiction front, I’d be a fool not to take them.