As with “The Shore People” Dad asked me to put together a cover for him. We searched Deviant Art and found an artist we liked. This time we wanted to focus a little more on people, characters in the story, than on a grand space event so we looked for that especially as we perused various artists.  We finally settled on a fellow named Geoffroy Thoorens in France known on DeviantArt as DJAHAL. His people were amazing, natural and vital looking. His landscapes were just as good and he was very comfortable with combining the two and giving it all a techno feel whenever he wanted to. After contacting him and setting a price for a single illustration to function as an ebook cover we started coming to an agreement on the subject. He was very easy to work with, though my father and I waffled a little at first on what scene we wanted on the cover.

Once we had described that scene to Geoffroy he sent us a sketch. 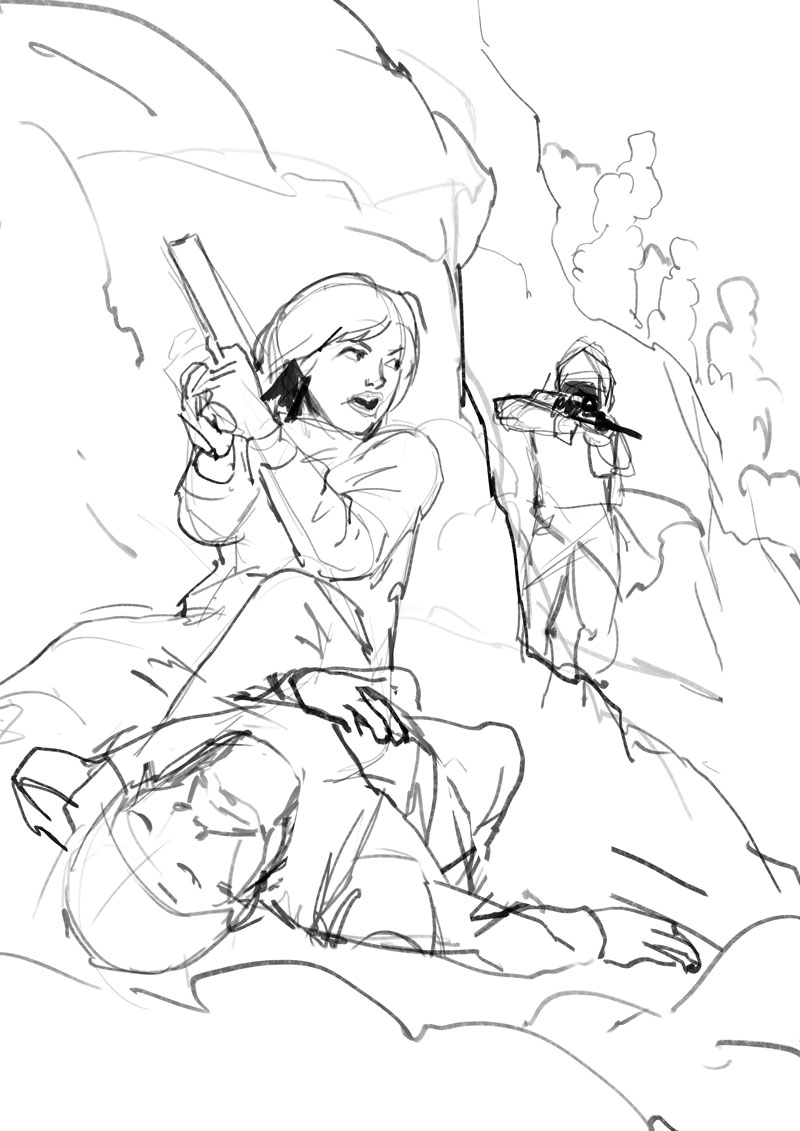 We liked the look of it immediately but wanted the scene to be pulled back just a little bit so the viewer could see the setting a little more. Geoffroy sent us this: 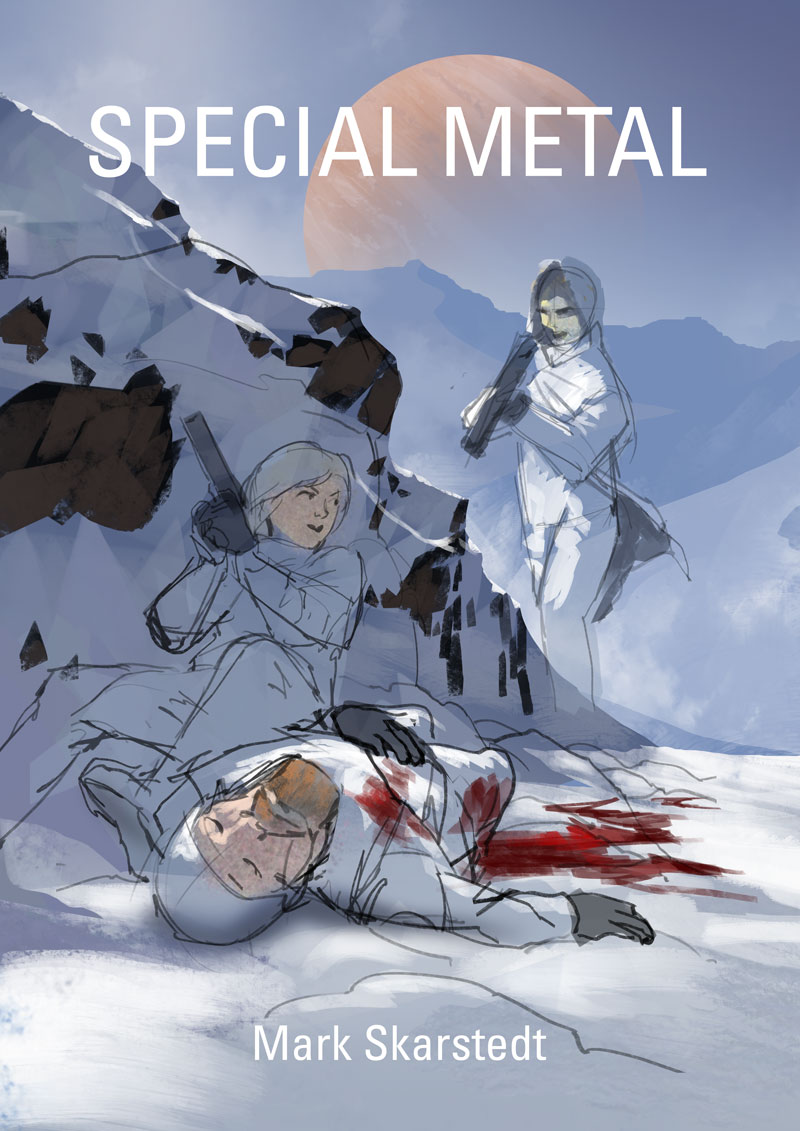 We liked it and asked him to proceed to the finished piece. 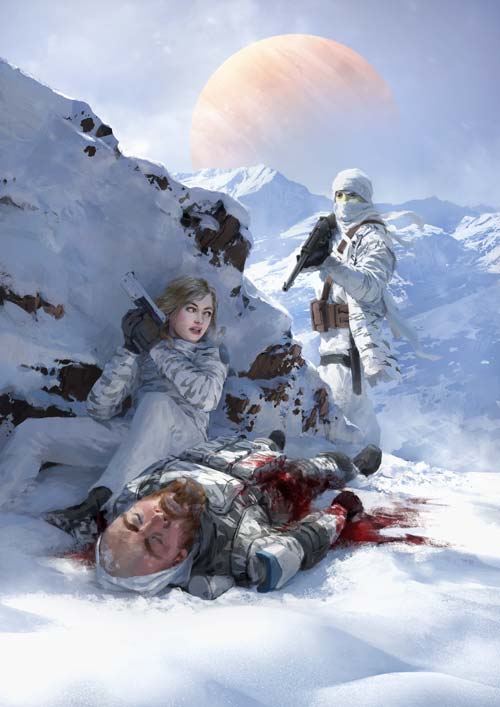 He sent us a preview of that and while we liked it very much, it was a little wrong due to some story elements. Namely, the woman in the piece, Prenn, had come directly from her work in a lab to the mountains in the company of some military folks. She wouldn’t have been wearing winter military gear. She would have been wearing a coat that the military guys had given her when she climbed on the bird but no other “gear”. We asked Geoffroy to make that change and he did, very quickly and well. 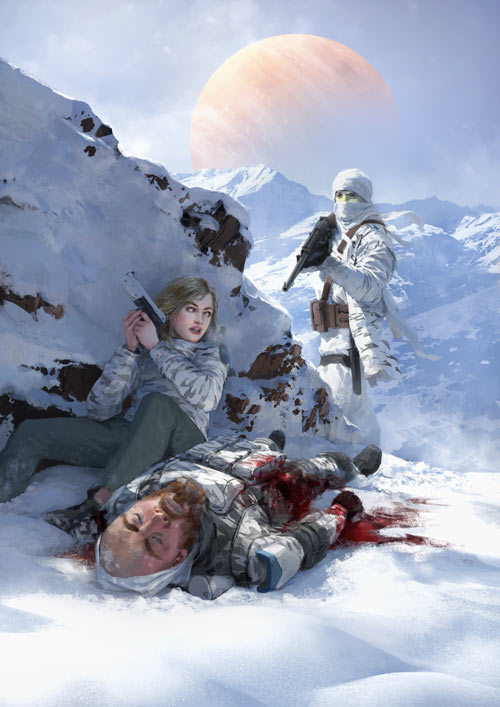 Once that was cleared up we got him paid, he delivered the high-res version of the piece, and I turned it into a cover for my Dad’s novel.

We’re super pleased with it and you can find the novel on Amazon here.