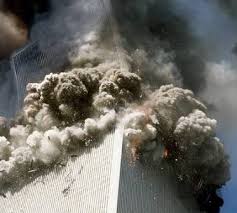 So this is the obligatory post. I have lots of thoughts on the events of this nine year old date and their aftermath, but I’m only going to cover one set today.

Sacrifice. Quite a few people today have talked about honoring the sacrifice of those who lost their lives on this day.

What exactly is a sacrifice? Dictionary.com says … well, it has a lot of definitions, not all of which apply, but all of which involve some deliberate effort by those performing the sacrifice. Rushing up the stairs of a burning building to save who and what you can, knowing the risk, is a sacrifice. Crashing the plane you are on rather than letting it be used for further atrocity, that’s a sacrifice. Even stepping up and attempting to impose order on the chaos of your co-workers in a crowded stairwell, giving up your place in the rush in order to stand on a bit of high ground and get things moving more smoothly, is a sacrifice. Showing up to work in one of the towers or even the pentagon was not. It was just bad luck. Calling it a sacrifice cheapens the concept and the efforts of those who did, and have been attempting to, actually do something about those events and their consequences.

So, in the interest of my peace of mind I’ve been busily assuming that all the people yammering about the sacrifice of those those who died on 9/11 are talking about those people who have lost their lives while doing something about those events. I’ll save the honor I have to give for them, thank you.