A friend of mine just took his own life. He was a soldier. I worked with him many times in the field and in the office and he was known for keeping a positive attitude even when things sucked. We could all depend on him to always do his best. I liked him and I have wept for him.

Rest easy, SGT Moxon, we have the watch.

I’ve passed through some pretty dark times in my life. So much so that I can no longer have anything but that feeling of “Yeah, I get it brother,” towards those who choose to end their own lives. One thing that helped me then was talking to people about my struggles, calling someone. In my case it was usually a stranger who’d put his name on the list at group. I know it’s harder to call someone you know, but damn it, if you don’t have a group or a list, reach out to me anyway.

As with “The Shore People” Dad asked me to put together a cover for him. We searched Deviant Art and found an artist we liked. This time we wanted to focus a little more on people, characters in the story, than on a grand space event so we looked for that especially as we perused various artists.  We finally settled on a fellow named Geoffroy Thoorens in France known on DeviantArt as DJAHAL. His people were amazing, natural and vital looking. His landscapes were just as good and he was very comfortable with combining the two and giving it all a techno feel whenever he wanted to. END_OF_DOCUMENT_TOKEN_TO_BE_REPLACED

My Father has written a couple of really good science fiction novels. They are for sale on Amazon under the name Mark T. Skarstedt: “The Shore People” and “Special Metal.”  Recently, he asked me to help him get better covers for them.

I was thrilled and went to work. I started browsing Deviantart.com, sent a few notes and a few emails to artists whose work I liked, and started quizzing my friend Isaac Stewart (a fine artist and art director I’m privileged to know) about protocol. END_OF_DOCUMENT_TOKEN_TO_BE_REPLACED

Several months ago I had no less than three of my friends separately send me a link to the “Mad Scientist Contest” Link 1, Link 2 being run by Army TRADOC. The contest was apparently inspired by an article that had been written in 1956 in the “Army” magazine. Thank you Dave, Ron, and Garon for thinking of me.

I perused the submission guidelines, brainstormed it with my writing group, and wrote the story. I’m quite proud of it. It didn’t win the contest but did place as a top 8 finalist. Part of that placement meant that it got published in the Small Wars Journal. Here is the link to the May issue, and a link to the story itself.

With the “Zero Option” exercised and the rise of ISIS, I hear a lot of veterans wondering if we wasted our time in Iraq. Did we leave our families for years at a time for nothing? Did our friends spend their limbs and their lives only to watch Iraq fall back into the hands of despotic jihadis who murder women, children, and the defenseless?

It’s a question I too struggle with, as a citizen.

As a soldier it was neither my job nor within my ability to turn Iraq into a nation of law and order, a strong, prosperous, and peaceful nation. That was for the diplomats and the politicians of the world.

We did it with a precision that cannot be achieved by any means other than with live soldiers on the ground. That is why we exist, to be a fine tool in the hands of our political leaders.

My fellow veterans, you cannot blame the hammer for a bent nail, splintered wood, or a house collapsing on itself.

If the current state of Iraq is a failure it is not ours. We achieved the goals we were given with honor. We sacrificed ourselves for the missions, for the innocent, and for our brothers. We were overwhelmingly successful.

The next time a reporter asks you if you feel that your effort in Iraq was wasted, laugh at them. Of course it wasn’t. We won every battle, hard or easy, big or small. Every enemy fighter we put down is one less to inflict murderous evil upon the world.

As soldiers we accomplished the missions we were given.

Instead ask the politicians if they accomplished their goals. Ask them if they feel their efforts were wasted. This may confuse them as they are not used to thinking of their efforts as all that much compared with what we soldiers put in.

Perhaps that is a problem.

I follow Myke Cole’s blog and occasionally am linked to Patrick Rothfuss’. Today I was inspired by their words on love.

Mr. Rothfuss spoke on its many faces. Mr. Cole spoke on one of his. I sat and thought about  mine.

Here’s one (of many). Sometimes I show love by being a jerk.

At the top of the hill pictured above I noticed that while these soldiers were busily doing their work they were also letting their rifles get out of arm’s reach.

The course I teach is designed to prepare soldiers with certain job specialties for the realities of combat. We had told them to keep their rifles within arms reach. This is a big deal.

I warned them at the top of the hill. I even told them that I would not warn them again. They nodded and said, “Yes, Sergeant,” and took up their rifles.

If you’re not used to it, having a rifle constantly flopping around and banging into things and getting in the way can be a real pain. You get used to it though, and soon get to the point that you don’t even notice having it with you. Until the shooting starts, and then it’s there in your hands like magic.

Perhaps ten minutes after my warning to these soldiers about the proximity of their rifles they were back to work and leaving their rifles strewn about again.

I didn’t get mad, I didn’t yell. I’ve found that to be useful only in certain situations.

I casually picked up the first rifle I came to and calmly threw it down the hill as hard as I could. They didn’t notice. I grabbed a second rifle. This one I tossed down the other side of the hill. They noticed that one. The third I plucked from the ground, not hurrying, but inches ahead of its owner. It followed the first.

By this time they had started to yell to one another and the remaining rifles were clutched to their chests.

They stared at me with wide eyes and horrified expressions. I stared back.

After they had retrieved their rifles we got back to work.

I know some instructors who do this kind of thing because it gives them a charge, a feeling of power over their students.

Not I. I did it because I love them, and don’t want them to die.

Perhaps, downrange, one of them will remember to keep his rifle in arm’s reach because I was such a jerk that it made an impression.

Perhaps it will save his life when an Afghan Policeman decides to shoot the Americans he’s working with.

Perhaps it will save someone else’s life when his rifle springs reflexively to his cheek the moment the shooting starts.

In any case, I never had to remind those students about their rifles again. 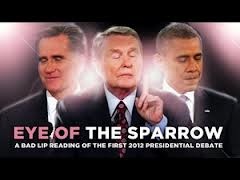 As Larry Correia says (among other delightful things) the advice a lot of liberals are currently peddling to their benighted Republican acquaintances in the wake of the election is pretty hilarious. Most of it is along the lines of “If you were just more left about this, and this, and this…and not conservative at all, you might get more votes next time.” (pat on the head)

It’s a sure sign of a cloistered intellect when a person is so totally incapable of comprehending an opposing view that they seek to correct it like an elementary school teacher correcting a math problem.

It’s especially hard to take when the implications all boil down to buying votes. “You have to be willing to use the government to give them what they want, honey!”

There is some good advice out there though. In particular this article by Neal Boortz. (You’ll want to have read it before going on. It’s a good article and the rest of this post will make more sense to you.)

It occurred to me as I read the article that there are a lot of people out there who truly think that conservatives, as a body, hold the ridiculously radical views that Boortz describes on immigration, gay marriage, and abortion.

There would be no OBGYNs triumphantly holding aloft living children ripped from the torn and drained husks of their fashionable, world-wise, and unwilling mothers, uterus and all, under conservative rule. Nobody wants that.

There would be no pogroms repurposed to target happy gay homemakers. Frankly, were such violent sentiment to develop, our gay citizens would no doubt be pleased to note the arrival of a few friendly, gun-toting, and conservative neighbors more likely to stand with them to confront the mob than join it. We do hate a mob.

There would be no train cars filled with formerly college-bound hispanics grinding to the border over tracks greasy with the residue of their hopes and dreams. No internment camps filled with people convicted on no better evidence than their particular ancestry. Only Democrats may do that and then only during war time.

Yet, as long as a liberal can avoid Fox News, he’ll never get any other narrative.  Mr. Limbaugh can only do so much after all.

The left has demonized the right, painting us all with a broad brush, preemptively sure  of our innermost nature. (That’s a thing, I think, what’s it called…?)

Until we can break into their minds they’re not going to change their votes. We failed this election cycle. Perhaps next time.

This links to an article on a study done in Denmark. The study was carried out on Danish soldiers who served in Afghanistan.

The main thrust of the article lines up with my own experience and gut feelings on PTSD.

Michael Yon brought it to my attention with this post.

I’ve done no actual research into the matter and, as I said, only post this because it lines up with my own gut feelings on the matter. I’d be interested in your thoughts on PTSD. Please, comment freely.